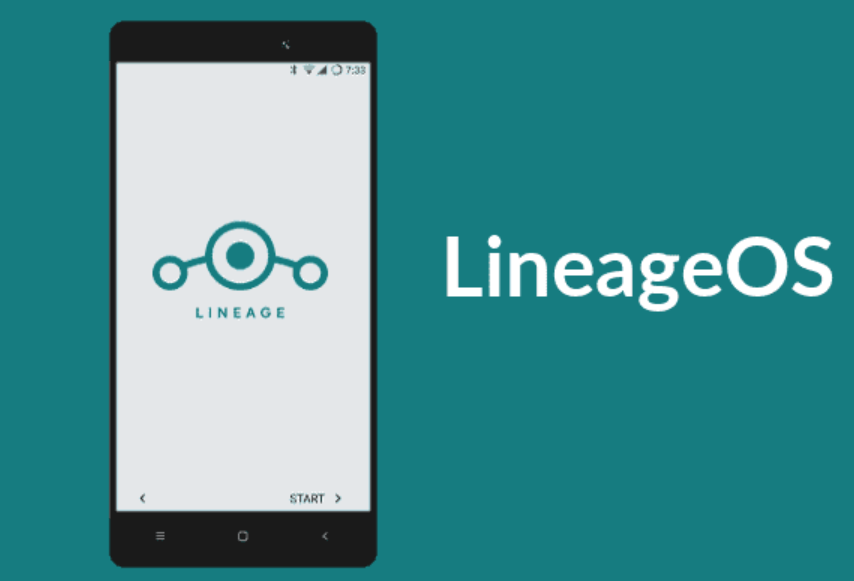 Do you know about the Most Popular Android Custom ROM LineageOS. It’s safe, private, and free of Google. What you should know about it is as follows. Let’s explore more.

While many people believe that Google and other Big Tech companies have grown organically, it is no secret that the former relies on grants from the NSA, CIA, and DARPA as part of the MDDS (Massive Digital Data Systems) effort. Google now owns the Android ecosystem as well, with 73 percent of the mobile OS market share.

Because of Google’s history, a demand for privacy and control has arisen in the form of privacy-focused ROMs. Some people choose custom ROMs to get rid of their phone’s bloatware, while others want more security and privacy. LineageOS quickly gained a reputation for its reliability, broad device compatibility, Google-free environment, and unique features while still maintaining the Android experience. So, Now it’s not a secret. It’s the Most Popular Android Custom ROM LineageOS.

What Most Popular Android Custom ROM : LineageOS is really means?

Most Popular Android Custom ROM LineageOS grows with over 2.6 million active users and it is by far the most popular custom ROM as an open-source firmware.

It began its voyage under the name Cyanogen, and was first released in 2009 for HTC models Dream and Magic. The pseudonymous JesusFreke was Cyanogen’s key developer in the early days of Android, eventually passing the development torch to Steve Kondik.

Kondik was the one that tinkered with Cyanogen to the point where it became CyanogenMod. The custom ROM was rebranded for the third time in December 2016, and is now known as LineageOS.

That’s the beginning of LineageOS. After that 6 versions has been released accompanying the Android Open Source Project (AOSP) version.

As the name implies, this illustrious pedigree has a very practical effect: it provides support for over 190 mobile devices. Additionally, Most Popular Android Custom ROM : LineageOS keeps some older models compatible. It still supports the Nexus 6, for example, which was released the same year as LineageOS in 2016.

The firmware integrates and expands on the functionality of its predecessor, providing:

Most importantly, Most Popular Android Custom ROM LineageOSis devoid of spyware and bloatware, which are frequently installed by default on new smartphones. When compared to default firmware versions, consumers claim higher performance, dependability, and stability.

What Devices Support the Most Popular Android Custom ROM LineageOS?

According to the official website, LineageOS supports around 200 devices. To see if LineageOS is compatible with your phone, click CTRL + F and type the model name into the search field.

The list includes all major manufacturers, including Samsung, Google, Motorola, and OnePlus.

Is the Most Popular Android Custom ROM LineageOS Really That Private?

Google apps are not included with LineageOS. This alone stops data from flowing from your phone to Google’s servers in the background.

It was no longer necessary after the launch of standard Android 10, which provided nearly equal encryption capability.

Most Popular Android Custom ROM LineageOS introduced Trust in June 2018, starting with build 15.1 and addressing a multitude of privacy problems in a single interface. Trust was created to bridge the security gap with both Google’s monthly patch distribution and the issues they really addressed.

In the status bar, the Trust symbol is always visible, showing which action is being taken or needs to be taken. Trust may also be used to set SMS limitations for apps.

Security-Enhanced Linux (SELinux) is enabled by default on LineageOS. NSA originally developed this security upgrade to strengthen the Linux kernel.

When SELinux is activated, it restricts access to background apps and services. This means that attempts at hijacking processes by viruses and hackers are severely hampered.

LineageOS, like SELinux, disables signature faking by default. This is a method of preventing apps from being checked for authenticity. In other words, apps can imitate other apps through signature spoofing. The package name is used to identify apps on all Android phones. A malicious software could replace an app with the same package name if spoofing is allowed.

Although signature spoofing makes it easier to install any program, LineageOS takes the precautionary approach and does not enable it to run by default.

In a nutshell, LineageOS gives you complete control over app access while automatically setting or disabling essential security protections.

What is the procedure for installing Most Popular Android Custom ROM LineageOS on my phone?

You can download LineageOS from the official website (selecting your mobile device) and then flash it using the instructions in the installation instructions section. Naturally, flashing your ROM will wipe your phone’s data, so make sure you’ve backed it up first.

What Apps are Compatible with Most Popular Android Custom ROM LineageOS?

Google apps are not included with LineageOS, as previously stated. They may still be installed through the simplified Open GApps package, as you’d expect from the custom ROM ecosystem. This way, you can have it both ways: you can keep using your favorite apps while avoiding the annoyances of Google’s services.

Simply flash the zip file from the custom recovery to install Open GApps. In the absence of the Play Store, you can use F-Droid, Aptoide, or Aurora Store to download and install apps. Unlike applications included with GApps that requires flashing, you may simply download and install regular APK files from these shops.

What is the procedure for updating LineageOS?

Most Popular Android Custom ROM LineageOS updates are delivered over the air, just like regular Android upgrades, and may be found in the Settings menu.

What Are the Benefits of Installing Most Popular Android Custom ROM LineageOS?

A worldwide shortage of computer chips has driven up the cost of devices, from computers to smartphones. LineageOS is there to extend the lives of your phone in this harsh market situation, rather than buying a new smartphone way beyond its MSRP price.

Most Popular Android Custom ROM LineageOS not only gives you access to the latest Android OS features for older hardware, but it also gets rid of all the bloatware that only takes up space and memory on your phone. This privacy-focused ROM allows you unlimited control over every app, in addition to improved performance. Finally, you’ll be hard pressed to find a custom ROM that supports more devices than LineageOS.

I hope you got a clear understanding about the Most Popular Android Custom ROM LineageOS. Try and Enjoy it!

Unlocking the bootloader is an important aspect of the Android modification process.  Let’s see How.

If you’re not sure about how to install a custom ROM on Android. Click Here.

If you need to know more about the Run Linux on Your Android Devices. Read here.

Do you need to find the Difference between GSI on Android and a Custom Rom? Find Here.

Your phone is bricked? Try these 4 Methods to Unbrick Your Android Phone. Read Here.

Worry about How to Set Up and Use ADB Wirelessly With Android. Find here.